Conference to mark the end of the first phase of the research centre “Hamburg’s (post-)colonial legacy”, February 28th – March 2nd 2018

Recent years have seen increased debates about how to deal with colonial and racist pasts, and controversies have risen about the fate of statues and monuments celebrating those. Protests such as the “RhodesMustFall”- movement in South Africa have made international headlines, as have the events surrounding Charlottesville (USA). Stretching from Cape Town (South Africa) to Oxford (GB), from Accra (Ghana) to Hamburg (Germany) the globality of the debate mirrors the globality of those colonial pasts. Germany has been a point of reference to many of this debates because of its (supposedly) successful dealings with its Nazi past.

Much less known, Germany also has a colonial history and colonial sites of memory associated with it. For decades they have been pushed into the background by colonial amnesia and colonial nostalgia, and the feeling, that Germany has done enough by addressing Nazism. 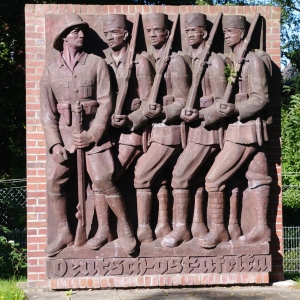 One of the most spectacular ensembles of monuments is in Hamburg-Wandsbek, erected during the German rearmament in 1936 in what used to be until 2000 the “Lettow-Vorbeck” barracks, named after the infamous colonial officer Paul von Lettow-Vorbeck, who fought during World War I in Eastern Africa. They consist of several barracks, each named after a former commander of Germany’s colonial detachment in German East Africa and ornamented with busts of those commanders, amongst them Lothar von Trotha, commanding general during the Herero and Nama genocide. They also include so called “Askari-Reliefs” depicting groups of African mercenaries (“Askari”) and porters in German service, and finally 5 rolls of honors for those German soldiers killed in action in World War I in the four African colonies and during Rommel’s African campaign during World War II. 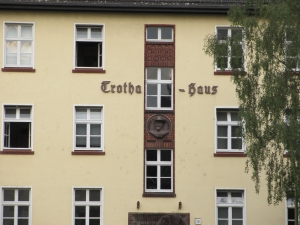 Erected in the 1936/37 those monuments testify both to the colonial revisionist movement, which campaigned against the Versailles Peace Settlement and for the resurrection of a colonial empire, and the German rearmament program, which ultimately aimed at conquering a new colonial empire in Eastern Europe (“Lebensraum”).

Public debate on how to deal with this monuments have never subsided since the dissolution of the army barracks made those monuments accessible in the early 2000s. Both the monuments and the debate cement Hamburg’s role as foremost colonial city in Hamburg and as being at the forefront of critically coming to terms with its colonial past, already establishing as first German city a research centre on “Hamburgs (post-)colonial legacy/Hamburg and early globalisation” in 2014. 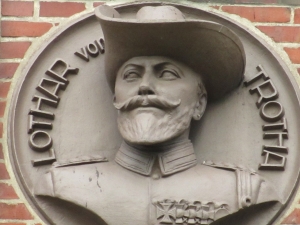 Given the importance of the “Askari”-/von Trotha-/Lettow-Vorbeck ensemble with the debate in Hamburg and also its position at the intersection of colonialism and National Socialism it seems a fitting starting point for mapping Hamburg’s (post-)colonial sites of memory and as an ideal lens through which to address the global debate on colonial monuments.

In order to combine a global and transnational approach with a local one we invite proposals that explore the different contexts and intersections of the aforementioned monuments as well as the various ways, in which difficult (colonial) pasts have been confronted (or not) globally, and how to deal with them in the future. Contributions from all relevant disciplines are welcome, including historical, sociological, literary and cultural studies.

Possible topics and contexts might include but are not limited to:

The conference will be held at the research center “Hamburgs (post-)colonial legacy / Hamburg and early globalization” at the University of Hamburg. Some bursaries will be available to help with travel costs and accommodation for accepted papers.

Abstracts of about 300 words and a short CV should be sent to kim.sebastian.todzi@uni-hamburg.de by 10. December 2017.