Vitjitua is a Namibian multidiscipline visual artist who works with both traditional media, such as painting and illustration and digital media to create layered works of art. Her work is personal and introspective, often using bold colors, graphics and, at times, abstract patterns to convey an idea, mood or theme. 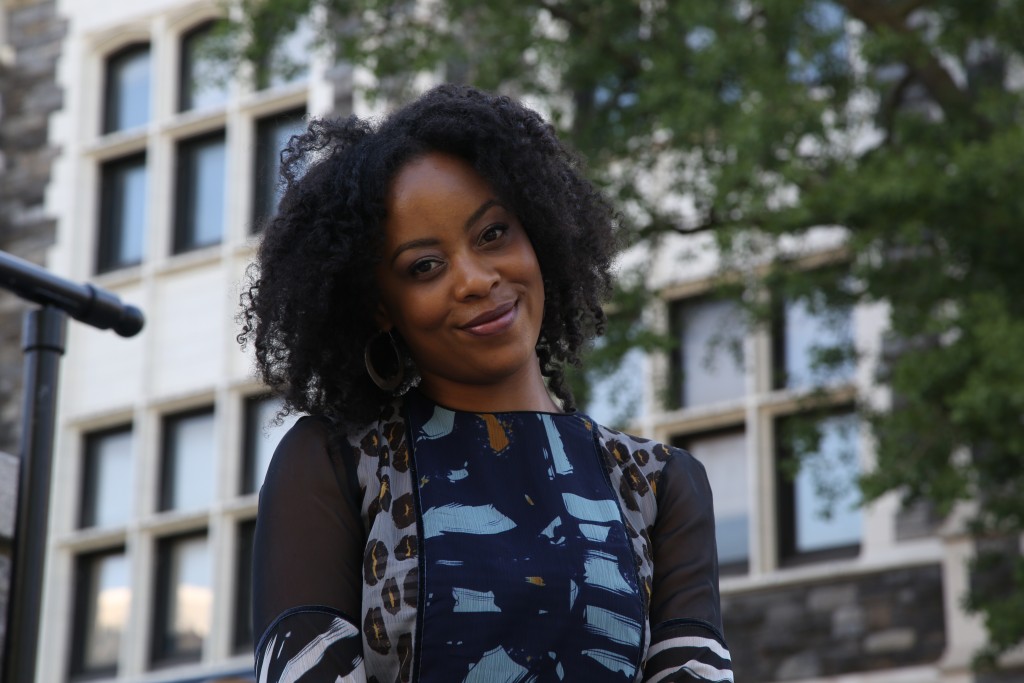 In 2015 her painting “Metropolis” won third prize at the Labor Arts ‘Making Work Visible’ visual arts contest in New York City. The painting is heavily inspired by the philosophical and aesthetic aspects of the 1927 German silent film Metropolis, which depicts people living in a bustling futuristic city divided into two economic groups: the wealthy industrialists who rule a vast majority of the city from high-rise tower complexes, and the underground-dwelling lower class who constantly labor on the machines that power the city.

In the Spring of 2017 she received her Bachelor’s Degree in Studio Art from The City College of New York. In 2018 she received funding by the Gerda-Henkel-Foundation for a residency with the University of Hamburg’s research centre “Hamburg’s (post-)colonial legacy” to work on the German-Namibia colonial genocide photo project „Visual History of the Colonial Genocide“, directed by Prof. Dr. Jürgen Zimmerer in cooperation with the Hamburg Ethnological Museum.

Having taken courses in Journalism and Cultural Anthropology at New York University, Vitjitua has found a way to combine her love for art, media, history and culture through her work.To find out more about her work, check out Vitjitua’s website.