Fully funded international scholarship in our project „The Benin Bronzes. Globalising the colonial looting of art.” 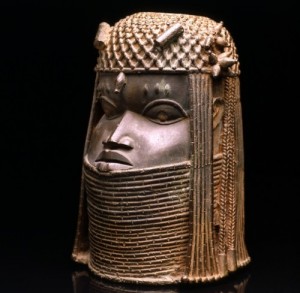 We are pleased to announce a scholarship of up to 36 months for a national or international Ph.D.-candidate to work both in Nigeria and with our research team in Hamburg/Germany on a research project covering the looting, collecting and exhibition of the well-known bronze sculptures from Benin.

In 1897 British troops raided the royal palace of Benin City in what was called at the time a “punitive expedition”, exiled the acting Oba and incorporated the Edo Kingdom of Benin into the British Empire. Among the looted objects were about 4000 pieces of bronze artwork, which soon gained recognition as magnificent objects of African art all over the world. Until today these so called “Benin Bronzes” can be found in all major museums of the Global North – they will also form a centre-piece of the new Humboldt Forum in Berlin -, and reach high prices at auctions.

The scholarship will be granted for up to 36 months and enable the candidate to work on his/her thesis in close cooperation with the project coordinator. We are particularly looking for a historian who is willing to undertake research for a Ph.D. in history focusing on one of the following topics:

The individual research design might focus on object biographies, the history of specific collections or museums as well as individual collectors, curators or soldiers and their networks.

It is expected that the succesful candidate will engage intensively both with the other two historians and the research group in general.

Initially, the scholarship will be granted for 12 months with the option of extending it for another 24 months and will cover 1.400€/month. Additional travel grants will be subject to approval.

Candidates should hold an M.A. in History or a related field, and make sure to meet the application requirements of the Gerda Henkel foundation: https://www.gerda-henkel-stiftung.de/phd-scholarships, and of the Faculty of Arts and Humanities https://www.gwiss.uni-hamburg.de/studium/promotion/pdf/promotionsordnung_engl.pdf. Profound knowledge of English is required, knowledge of German as well as another language relevant to the project is an advantage, as is detailed knowledge of postcolonial theories, African and German colonial history, especially the history of Nigeria and Benin, the history of ethnological museums in Europe or research experience in countries relevant to the project.

An application including a CV, a provisional proposal (5 pages max) with ideas about the individual research project, as well as names and addresses (incl. email) of two referees, and a short statement explaining the motivation for this particular research project should be sent to the office of Prof. Dr. Jürgen Zimmerer:

Selection of candidates will commence on December 4th 2017 until the position is filled.