Reginald Elias Kirey is a scholar from Dar es Salaam, Tanzania, whose current research project focuses on Memories of German colonial cultures in Tanzania mainland. He is currently a PhD candidate in History at the University of Hamburg’s Research Centre Hamburg’s (Post-)colonial Legacy, holding a three year scholarship by the City of Hamburg. 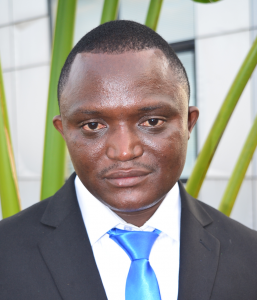 Reginald thoroughly examines the politics of commemoration as practiced by the Germans and British during the mandate-trusteeship period, 1919-1961 and contrasts them to that of Tanzanians: How were they  involved in the politics of commemoration, revisionism and heroism during the mandate-trusteeship period? Do they remember German colonialism today? What do they actually remember and why do they remember it?

To answer these research questions, he uses case studies in three selected areas of Tanzania mainland: Dar es Salaam, Moshi-Rural District and Songea-Urban District. In these areas, he intends to document post-colonial nostalgic, traumatic, and topographical memories of German colonialism. His study adopts the methodological and theoretical approaches of Cultures of Remembrance (Erinnerungskultur) which situate collective memories in their cultural and communicative contexts.

By tracing memories of German colonialism and reflecting Cultures of Remembrance in the three mentioned Tanzanias areas, Reginald wants to shed light on the local awareness of colonial past and contribute to the historical scholarship in Tanzania.