#1 ReprÆsentationen: An Interview with Flower Manase – Curator of the National Museum of Tanzania in Dar-Es-Salaam

“People should note that history is always in circular motion.”

Macheno: At our meeting in Hamburg last February, you talked about a social requirement to rethink the museum in terms of a place of history (as a space for remembrance), in as much as a current living space. You mentioned that museums need a culture that values the public space and one which opens the museum to a diverse public.

To what extend does this change mean to abandon the classic idea we had about a museum until now?  What does a museum mean for you today? 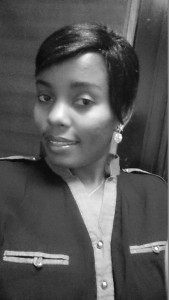 Manase: I think a museum is a place where people relax, enjoy and interact with their culture and history through interactive exhibitions. It is time for museums to change the dominant notion that still exists that museums are places for storing old knowledge, objects and collections.

Museums today should embrace their core functions like exhibitions to reflect and focus more on integrating the displayed collections into people’s daily life experiences.

Museums can in fact lead into the creation of an interactive and attractive environment to tourists, as well as local visitors by making the museum a more recreational place.

Manase: The new museum should be the museum that serves public interests. The new forms of representation and exhibition should have a room for museum stakeholder representatives (who should be persons from the civil society and not only members of the museum) to have a voice and vote on what is about to be displayed at the museum and somehow get involved into the pre or/and post evaluation processes of the exhibitions.

Mancheno: What is the value of a museum today? And who are, or should be the future visitors of the museum?

Manase: All museums in the world have a priceless value because they all represent the culture and history of peoples. For this reason, the value in the exhibited collections is priceless. The visitors of the museums should be the youth, children, and adults. The emphasis is made on younger generations as they could learn and spread the word while growing old with the museum experiences. It is the youth, who could share their renewed experiences in the museum to their families and not the other way around. This inversed perspective involves rethinking the circulation of knowledge and the privileges of the access to knowledge. To conclude, I would say that young generations are indeed the future of our museums.

“Having a shared history to represent also requires a shared approach.” 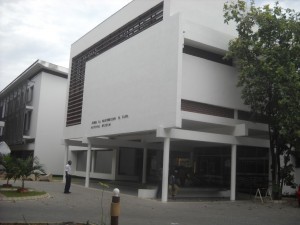 However, there is a common denominator among the current conception of museums’ exhibitions. This includes the approach of organising interactive exhibitions that engage the museum’s stakeholders and non-museum professionals. This important element makes the museum alive and brings community into the museum.

Mancheno: In the last decades, the colonial legacy of the museum has become a topic, which is being discussed in Germany in the form of political activism and in the form of academic research. The acquisition of art collections exhibited in European ethnological museums is still a contested issue.

In your opinion, what are the strategies for addressing this contested legacy from within the museum?

Manase: Again, having a shared history to represent also requires a shared approach. Therefore, people who are the sole owners of such history should feel represented and not underrepresented or not involved at all. The museum needs to create a forum for people (stakeholders) to get involved and engaged in telling the stories related to that shared history or even histories, instead of talking about them only as a one-side story.

This participatory approach creates ownership and acknowledgment of such historical events, while leaving a positive mark into people’s hearts. This does not mean that museums should be uncritical about the devastating elements of colonial history, but that these places could in fact contribute to people to learn from their made mistakes, as well as to cherish the shared memories. People should note that history is always in circular motion, and every day we create our own history to tell.

This circulation of history and of historical events, people and their knowledge also means that there is a tedency of repeating the events. It could be worse, if we have not learnt the positive and the negative side of the earlier events. 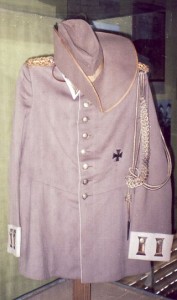 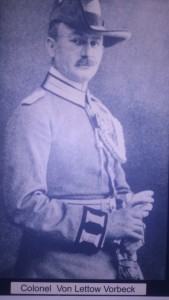 Mancheno: And last but not least, what could the museums in Hamburg, Germany and Europe in general learn from the experience you and your team have made in Dar es Salaam?

Manase: I think Dar es Salaam and Tanzania in general has a varied history from the precolonial period to the colonial period (Tanganyika was under German, and later under British colonial administration). During the struggle for Independence and the Post-Independence period and compared to the history of other colonized countries, Tanzania’s history is less characterised with war. There were of course important colonial resistances as the Maji-Maji-War.

But Tanzania history is rich of diverse events beyond the violence that took place in different periods of time. This local history is also present in the natural environment of our country. In the representation of the national history, the transnational aspects of the history of this place are conflated with the natural landscapes that have existed long before and way after the historical events that have taken place here. Therefore our National Museum displays the richness and diverse natural resources that are found in Tanzania.

Having the opportunity to work with the National Museum of Tanzania and to reflect on those historical events creates wonderful experiences and moments that could not be obtained elsewhere.

Having in mind the numerous challenges faced by a growing national economy (of a so-called developing country), we have developed branches of our National Museum within regions beyond Dar es Salaam. The decentralized sites of the National Museum manage to bring closer to the local populations outside the big city and to communicate through exhibitions the history of the country and the historical events (at our own capacity) by relating these information to the localities.

The diverse temporary exhibitions and education programs taking place at the museum enable enlightening on the meaning of the national events that are annually commemorated (for instance; Independence day on 9th December 1961, Union of Tanganyika and Zanzibar on 26th April 1964 and other shared projects at national and international level). This allows creating a common sense for Tanzanians to be honoured by their own history and culture.