The interaction of artists and researchers has shown to be a promising approach for coming to terms with colonial collections in recent years. A project of the Research Center ‘Hamburg’s (Post-)Colonial Legacy’ conducted by artists and historians from Namibia and Germany lead to the exhibition ‘Ovizire | Somgu’; first shown in Hamburg in the MARKK and the Gallery M. Bassy in 2018/19 and subsequently in the National Gallery of Namibia in Windhoek. A similar approach was chosen for the ongoing project ‘Confronting Colonial Pasts, Envisioning Creative Futures’ conducted by the Stiftung Preußischer Kulturbesitz and the Museums Association of Namibia (MAN). The current exhibition at the MARKK, ‘Amani. Auf den Spuren einer kolonialen Forschungsstation‘ (Amani. Traces of a colonial research centre) combines the work of artists and anthropologists on the Amani Research Institute in northeastern Tanzania. Founded for agrarian research under German colonial rule, taken over by the British in World War I, later transformed into a medical research station, and ultimately taken over by Tanzania after independence, the Amani Research Station looks back to more than a century of colonial and postcolonial history. It is a history of numerous continuities and ruptures that is challenging to grasp in a research project or an exhibition, especially due to the unique relevance of science in colonial settings. The advent of European scientific research has been used as an argument for a presumed ‘benevolent’, ‘progressive’ side of colonialism since the beginning of the European expansion. In light of the current debates on restitutions and reparations for atrocities committed by the imperial powers in Africa and the connected backlash against the admission of guilt in Europe, any resemblance of a positive view on colonialism needs to be questioned.

The Amani exhibition is composed of three main components. Each reflects more or less the original project’s evolution from academic fieldwork to collaboration with artists and now to the setting of the museum. At the core of the exhibition are the findings of the project’s initiators, an international team of social anthropologists consisting of Paul Wenzel Geissler, René Gerrets, Ann Kelly and Peter E. Mangesho, who studied the long duree histories of several scientific research stations in west and east Africa. From an anthropological perspective, the team of researchers investigated the many traces of these stations within current memories, practices and relationships to natural sciences in Africa. Within the MARKK exhibition, curated by Paul Wenzel Geissler and Mareike Späth, the displays of the research project put its audience literally on the footprints of the colonial past with an overview of Amani as a colonial institution. The legacies and ruptures of this colonial past are effectively addressed in displaying Amani’s history through multiple overlapping epochs into the present. The social and cultural history of workers as well as relations to neighboring communities demonstrate a crooked, yet direct connection from colonialism to the present. The researchers’ ability to historicize the practices and productions of scientific knowledge through the lens of African agency is a thoroughly important contribution. Yet, displaying the project’s results on personal memories of both African and European contributors in the form of photos, videos, objects and narratives has its challenges. By this primarily individualistic approach, the structural and political dimensions of colonial knowledge production are hard to grasp. Focusing on the more general effects of the colonial agendas with Amani Research Station, on the opposite side of the spectrum, might have omitted individual agencies instead. 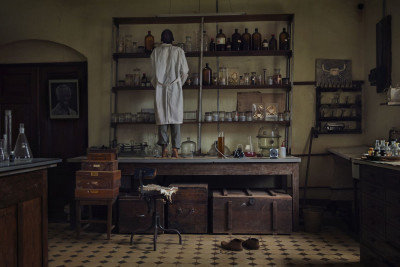 Similarly, the incorporation of multiple displays by contemporary artists – Evgenia Arbugaeva, Rehema Chachage, Syowia Kyambi und Mariele Neudecker – seems to have ambivalent effects. Considered essential for offering new avenues of thought, artists also bring their own images and perceptions to their work – for better or for worse. The first video exhibit, which immediately follows an initial historical overview of Amani, depicts a mesmerizing clip of machinery churning out sisal, the colonial experiment introduced by the German administration for promoting colonial productivity, but most importantly, for providing German industry with vital resources. In addition to photography displays in and around Amani, which embody ambivalent aesthetics and politics, one particular collection of photographs has more to do with promoting the aesthetic rather the colonial traces of Amani. Aside from their sheer artistic achievement, the inclusion of art into the politics of postcolonial debate can also reveal the inadequacies of the former. One photograph seems to reproduce the colonial gaze rather than exposing colonial traces. An image of an African scientist standing on a lab table could have just as easily been published in a German newspaper in 1907 as both paternalistic self-congratulation and caricature of ‘primitive’ scientific practice. It is not exactly clear how this art exhibit offers something fresh to debates, helps us to better understand this history or helps us to move forward. The final art installation by Rehema Chachage, on the other hand, has tremendous potential. It is a row of soils with microscope slides which supposedly contain blood samples, adjacent to a display of soil to represent the traces of blood, both from the bloodshed caused by colonialism in general and from Amani’s long history of blood testing and extraction in particular. Rehema Chachage provocatively addresses the exhibitions central theme of colonialism. Without a guided tour, however, the display threatens to border on over-abstraction. 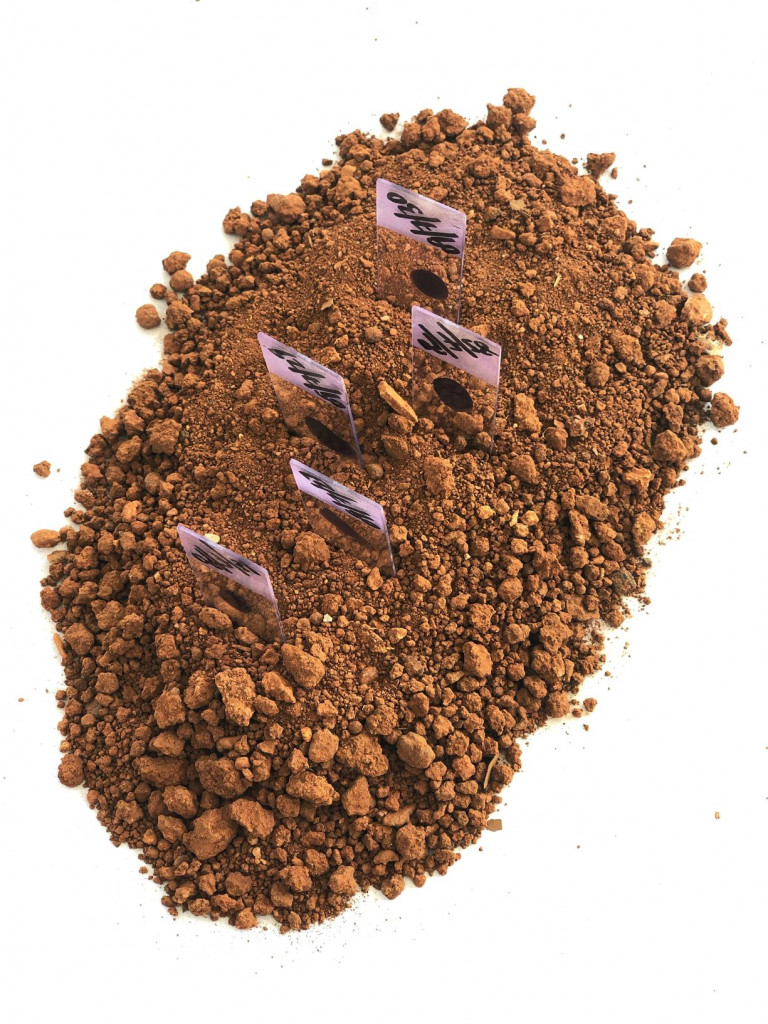 A thread of nostalgia runs not only through the art and research displays as well as through the third major component of the Amani exhibition: the central display of the MARRK’s collections and connections to the Amani station. The MARKK’s collectors and colonial objects are subsumed under a display title of “Collections and Traces” – sans colonial. As a way to bridge museum objects to the art-research project, this exhibit appropriates the nostalgia and aestheticizing themes in its own reframing of the colonial debate concerning ethnological objects. The provenance of objects – or the act of collecting – originates ostensibly within two sides of a dichotomous world: between that of the scholarly collector’s “universal pleasure of discovery” and that of “power relations and systems of government”. This subtle framework gives the impression the museum is yearning to redeem the innocence of the universal scientist across time and space. Within this binary, colonial extraction is overshadowed by and equated with the passions of post-independence African scientists, especially in the 1980s. This is particularly noticeable as the exhibit casts late nineteenth century predecessors, German officials and colonial scientists, as hobby archeologists or collectors of curiosities, which were ‘purchased’ at colonial markets or collected during leisure time spent at the beach.

Altogether, the Amani exhibition offers remarkable insights into the research project and presents thought-provoking artworks. During a post-exhibition tour question and answer session, MARKK Director Barbara Plankensteiner acknowledged the incorporation of the Amani exhibition as a way to offer a more nuanced representation to an otherwise “narrow colonial debate”. In this regard, the exhibition achieved its goals. Yet, through its artistic and anthropologist approach as well as the concept of “colonial traces” as symbolized through its cover picture of sandals, the exhibition seems to fall short of highlighting the structural realities of colonial knowledge production and accumulation.